The updated policy of Uzbekistan is based on high ideas to raise the rule of justice and law in society to the highest level, the introduction of modern effective public administration, the formation of a culture of persistent intolerance to any manifestations of corruption in the public service. First of all, the mobilization of all opportunities in the interests of our people, in accordance with the principle put forward by President Sh.M. Mirziyoyev "It is not the people who should serve the state bodies, but the state bodies should serve the people" , in the basic context of the reforms is defined as a priority task.

It is in this regard that the fight against corruption in all spheres of the state and society in order to achieve a truly positive result of reforms consistently ensures its effectiveness.

The experience of developed countries, which have made positive progress in the fight against corruption today, shows that the focus is not only on the consequences of corruption, but also on eliminating the causes and conditions that cause them, and so that this will have its effect in practice.

In international practice, one of such preventive tools is the so-called "compliance control" system for combating corruption.

It's no secret that in recent years, large-scale reforms have begun in our country aimed at combating this disease, preventing it, and suppressing corruption in all spheres of the state and society.

In this regard, in accordance with Presidential Decree No. PF-6013 of June 29, 2020 "On additional measures to improve the anti-corruption system in the Republic of Uzbekistan" , one of the main tasks of the Anti-Corruption Agency in 2020-2021 is the phased implementation of the system of internal departmental control of all state and economic management bodies, enterprises with a state share in the authorized capital, including banks.

Also, in accordance with No. PP-5177 dated July 6, 2021 "On additional measures for the effective organization of anti-corruption activities", from October 1 of this year, it was instructed to establish the activities of internal control structures to combat corruption in all state bodies and organizations, including regional authorities.

In order to ensure the implementation of the above Decree, by Order No. 718-N of the Chairman of the Board of JSC “O’zbekiston temir yo’llari” dated October 26, 2020, the Department of Compliance- control was established.

The main Department functions are the following:

In accordance with the duties assigned to it, the Department performs the following functions:

Corruption is a threat to development, a dangerous crime that threatens security. The fight against this evil should be the work of everyone, not just the relevant authorities. Only then will we eliminate this danger! 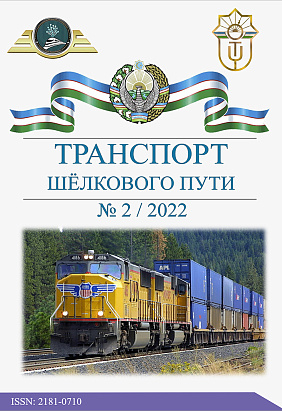